Spaghetti like a whore would make; and I’m just the Putta to give it a whirl.

This recipe comes from the book to accompany my guilty pleasure cooking program on Food Network.  Nadia G’s Bitchin Kitchen.  Imagine my surprise when Santa bought me the book to go with series one this Christmas! 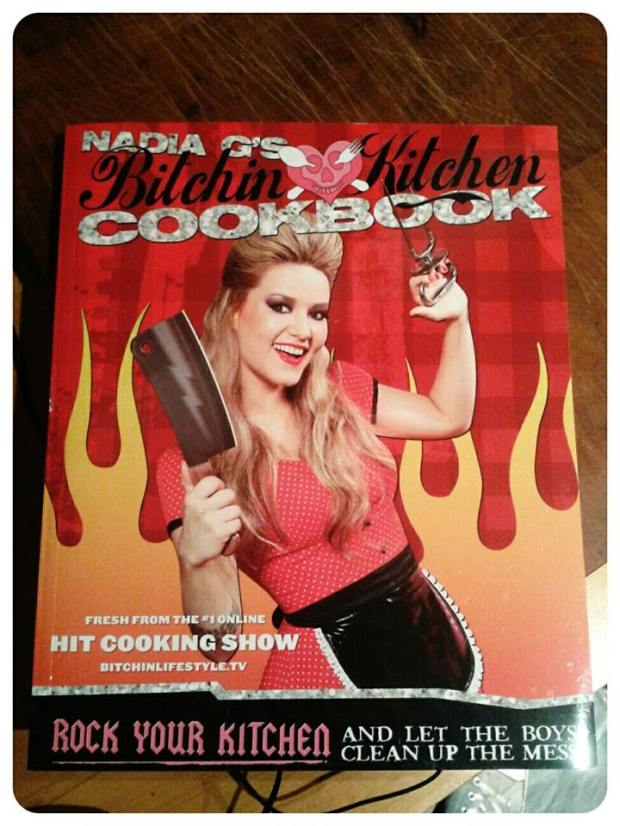 I’ll admit, the first time I saw it I thought I was hallucinating and once I’d remembered I was sober I realised it was brilliant. However I found that none of my other friends had seen it, or weren’t fans.  The philistines.  I was overjoyed to see that the first recipe I ever saw was in the book (I can’t think why it wouldn’t be) and I chose to christen this new book with it.

The recipe uses Spaghetti (I use linguine) cherry tomatoes, anchovy fillets, capers, kalamata olives, garlic, olive oil, chilli flakes, brown sugar, salt and pepper.  I love how exact the recipe is, requiring 26 tomatoes.  All the ingredients are ones that are long lasting (except the tomatoes which last about nine minutes if you buy them from Sainsbury’s) and this is an ideal recipe for the end of the week before shopping day. 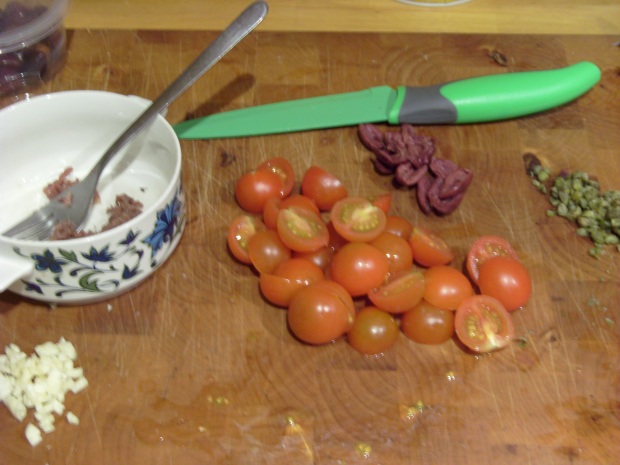 I would love to find kalamata olives sold ready pitted in jars, so I can sashay over to my cupboard and make it without having to remember to go to the deli counter – I’ll have to keep my eyes peeled, or maybe try it with black olives…?

Everything went in ok,  the tomatoes stewed into a nice light sauce.  I’d never bought/seen/cooked with capers before, and I was surprised how small they are, and how fiddly they were to chop.  I’ve worked out how to do it now though without loosing any fingers.  They get chucked in with the olives and before the pasta for the last 5 minutes. 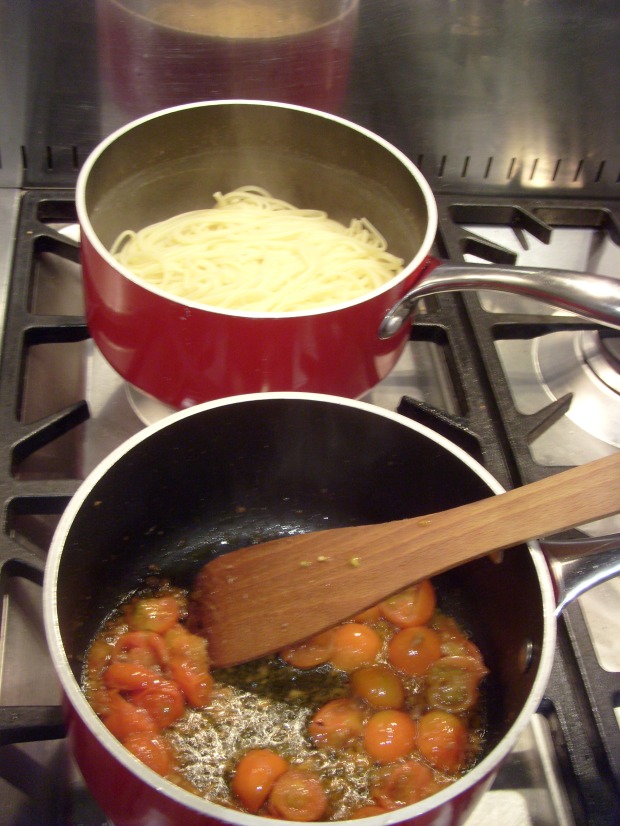 The first time I made it it was a little too al dente; mostly because the timings are for spaghetti rather than linguine, but I made a note for next time.

It was lovely.  I thought it probably would be because I really like the Linguine with Sardines and Anchovies I made back in week 9 (https://newrecipenight.wordpress.com/2013/11/25/week-9-linguin…es-and-parsley – and still make most weeks) it was spicier and saltier than I thought, but that doesn’t make it bad.  It was also a great recipe to christen my tongs (which I bought after burning myself on the lamb lollipops) and it has spurred me to buy a mini sieve (because it just seems silly straining capers in a full sized one)

I will definitely try more recipes from this book, once I’ve finished gazing at the pictures of Hans.  Shkoff!!