A familiar cry that goes out around the kitchens of Britain on an unusually sunny day:  “Oo it’s nice out, lets just have a salad”.  The weather needs to perk up before I start plonking a bit of iceberg on a plate and calling it dinner,  so I went for the next best thing – quiche.

It is actually illegal to eat quiche in winter, so I’ve been holding back on the ‘picnic foods’ until the weather perked up.  I have a love-hate relationship with quiche.  I like it, but one bad quiche can put me off for a whole ‘quiche season’, so I thought it was quite a gamble making my first ever quiche at the start of May.  Daring huh?

For quiche number one I chose a classic Quiche Lorraine, which is basically an egg and bacon tart.  The recipe I chose marked my second go at a recipe from Rachel Khoo’s ‘The Little Paris Kitchen’ – I’d been itching to have a crack at French style pastry!

To make the pastry for a quiche that will serve 4 – 6 you will need 90g soft butter, 1 teaspoon sugar, pinch of salt, 180g plain flour, 2 egg yolks and some ice-cold water. 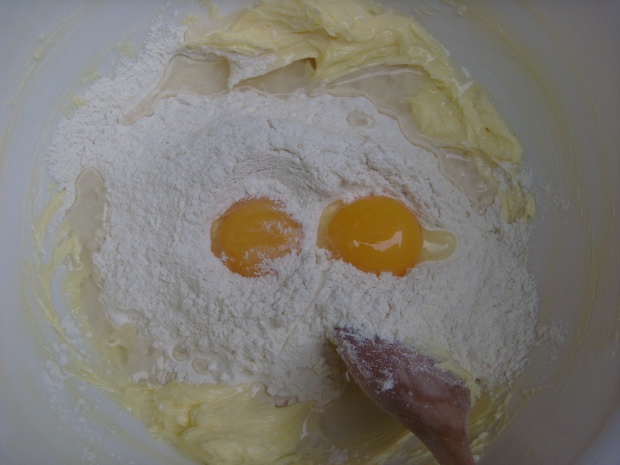 With a wooden spoon beat together the butter, sugar and salt until soft and creamy.  Mix in the flour then the egg yolks and 2 tablespoons of ice-cold water.  Keep mixing until it comes together into a smooth ball.  The recipe says that if its a bit too crumbly you should add a bit more water, but I didn’t need to do that.  Wrap it in cling-film and pop it in the fridge overnight (but an hour or two is fine).

Thirty minutes before you want need to use it, take the pastry out of the fridge.  Roll it out between two sheets of greaseproof paper until it is 5mm thick and big enough to line your quiche dish.  I’ve never rolled out pastry in this way, it was surprisingly hard work but worked well.  Line the tin in one go, brush with some of the egg whites you saved earlier (I should have mentioned that earlier) and put the pastry case back in the fridge. 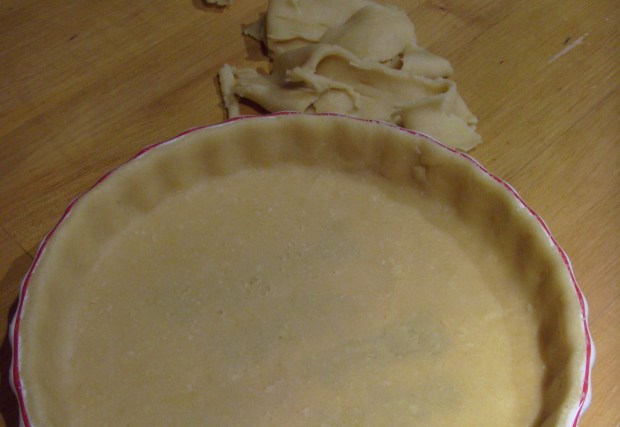 Turn the oven on to 180 and make a start on the filling.  Fry the bacon until golden brown then leave to cool on some paper towel to soak up the extra grease.  My lover likes his bacon burned to a crisp, so I really should have bought bigger lardons… 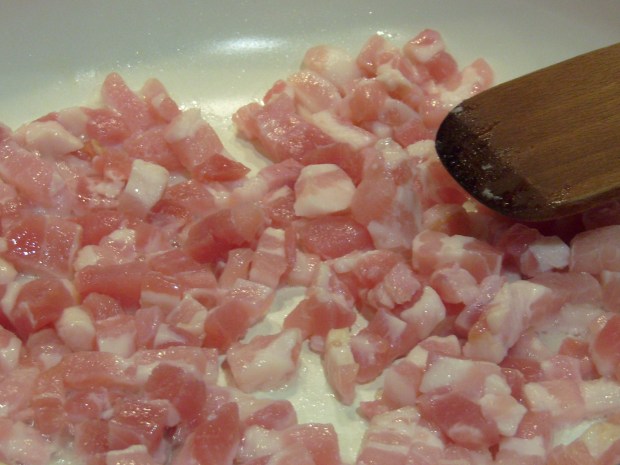 Lightly beat the eggs and egg yolks, add the creme fraiche (I used double cream) and season.  Take the pastry out of the fridge, spread the bacon on the bottom, then pour in the egg mix and put in the oven to 35 – 40 minutes.

This is where I started to panic.  The quiche swelled up like a massive eggy-bouffant.  I had no idea what to do.  I thought about poking it but decided against in case it exploded. 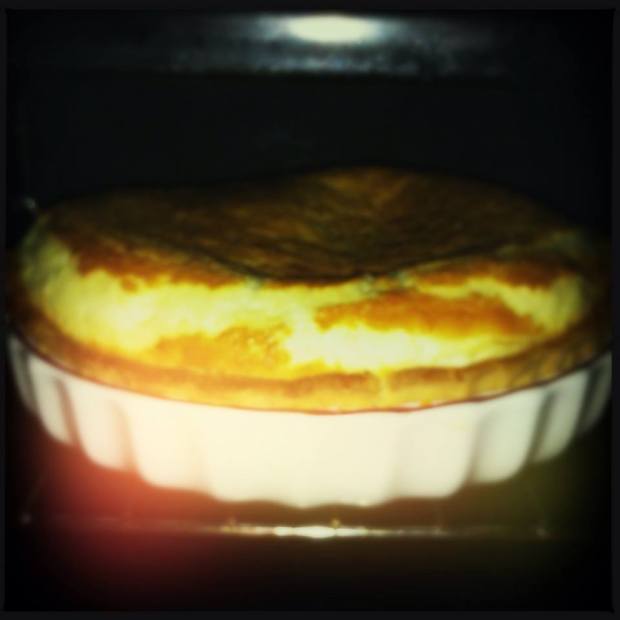 Luckily it deflated when it cooled down.  I had no idea that quiches did this while cooking, but it does at least explain why some shop bought ones look a bit like cats arses. 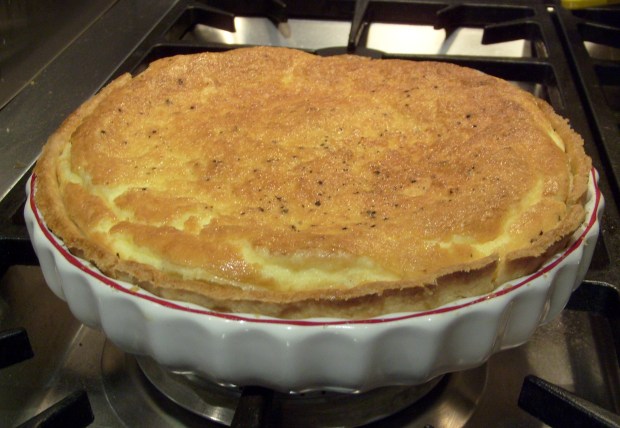 It was getting a bit late by the time I served it up so I had to eat it hot – I have a genuine dislike for warm quiche, but this was alright.  If I could make it again I would get taller bacon so it was more than just a massive scrambled egg on top of a thin layer of carbonised lardons, but it tasted really good.  The bacon wasn’t as good cold the next day, but I shouldn’t have bought ready-cut lardons from Tesco’s. 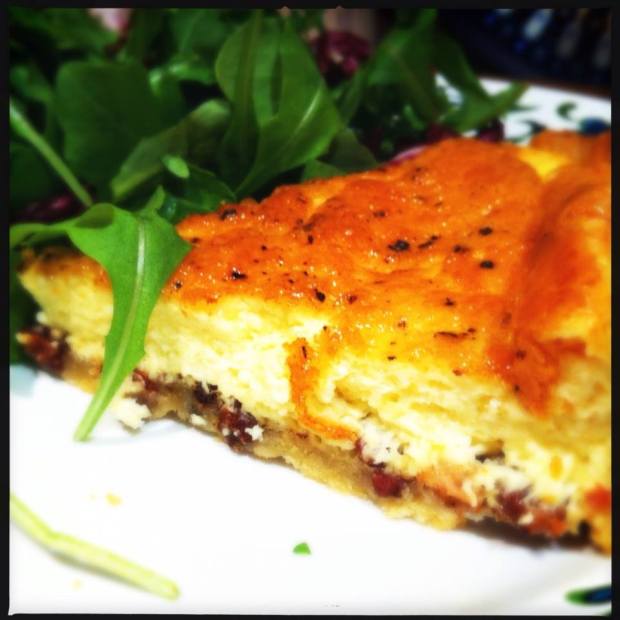 I’ve not forgotten about quiche-ing that risotto.  I declare quiche season open! 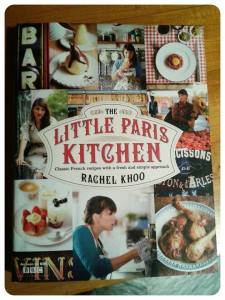