That processor has corrupted me, corrupted I say.  I’m power mad, and to prove it I cracked open Jamie’s 15 minute meals… one of the many recipes that requires electricity!

I know it irks you when I say these things, but I had no idea what a puy lentil was, or that it was a different thing to the orange art-class lentil.  I couldn’t get even a sniff of a puy lentil in Hammersmith and had to go searching.  But I had the rest of the ingredients. 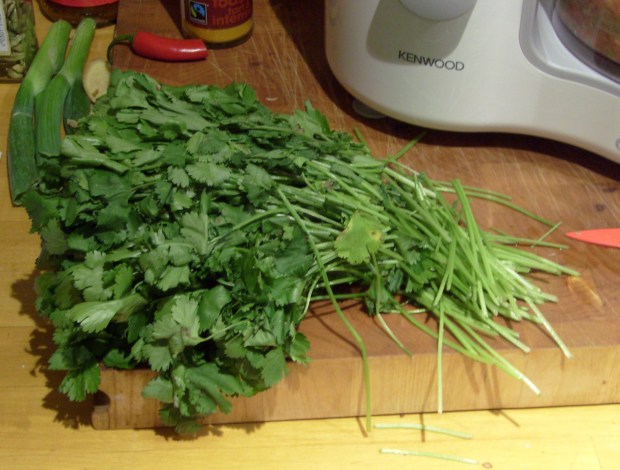 I reckon it was too big.

After trying the last two recipes from this book I decided to ditch the frantic 15 minute malarky and calm down a bit.  To start with I scrunched together the lentils, garam masala, mince, with some salt and pepper.  It made a brain:

I had a whole Sainsbury’s fail and could only get a 500g pack of mince (the butchers was miles away in the other direction, I still feel bad cheating on him) so it made a much larger brain than was intended.  Once you have your brain, wet your hands and divide it in half and then mould each half into 6 fat fingers.  They look like mice at this point, which was the exact moment my squeamish lover chose to pop into the kitchen to see how I was going.  Oops.

At this point Jamie says you should put them in the pan, but to avoid burning everything I skipped that bit and skipped straight to the exciting blender bit.  Speed freak.

In your powerful yet sleek liquidizer put in the tomatoes, peeled ginger, spring onions, half the chilli, the coriander stalks (although not all of them if you’ve accidentally bought a tree of it) the tumeric, honey, rogan josh paste and half the tin of coconut milk.  It will look like this: 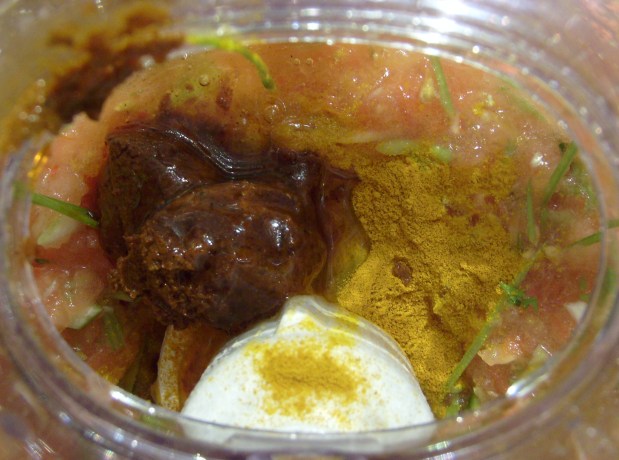 Blitz that mother down.  Vroom.  Now time to start cooking, calmly and serenely.

Put a tablespoon of oil in your large frying pan and turn the heat up high, then boil the kettle.  When the oil is hot stick the koftas in the pan, turning them when golden.  Put the rice, 2 mugs of boiling water and the cardamom pods into a medium lidded pan and the (pre-halved) beans on top.  Put the lid on.

After a few minutes, give the liquidizer another quick blast, because its fun, and then pour the mix into the frying pan with the koftas.  Bring it to the boil and then simmer.  My pans don’t have tight fitting lids, so I had to weigh the lid down to stop the bubbly rice water from going all over my hob… which looked like this:

By now, I reckon you should be about 5 minutes before the rice is done, so open the lid of the rice pan, put the frozen peas in and give it all a good stir round.  After this Jamie says you should microwave your poppadoms, but I don’t have a microwave and forgot to buy the poppadoms, so I skipped it to take pictures.

Slice the other half of the chilli and the coriander leaves to artistically scatter over the dish.  Next time I make this I won’t scatter the chilli because it was really hot and gave me the hiccups. 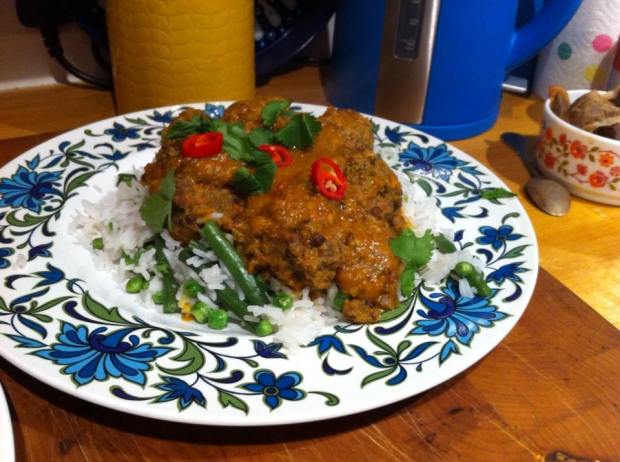 This was the first recipe from this book that I have loved, and the first where my lover has said I can make it again.

The quantities are to serve four, and rather than mess around with halving all the quantities I made the curry for four and the rice for two (150g rice, 1 mug water, 100g beans & 100g peas) and froze half of it.  It froze, defrosted and re-heated really well (although the koftas fell apart and were more like chunks than mice) so I will definitely make it again.  As a bonus I can use the other half of the tin of coconut milk, the other half of the bunch of spring onions and the other half of the pack of fine beans for Nigella’s curry in a hurry (https://newrecipenight.wordpress.com/2013/11/21/week-8-curry-in-a-hurry/) – no waste and I get to process stuff, Boom! 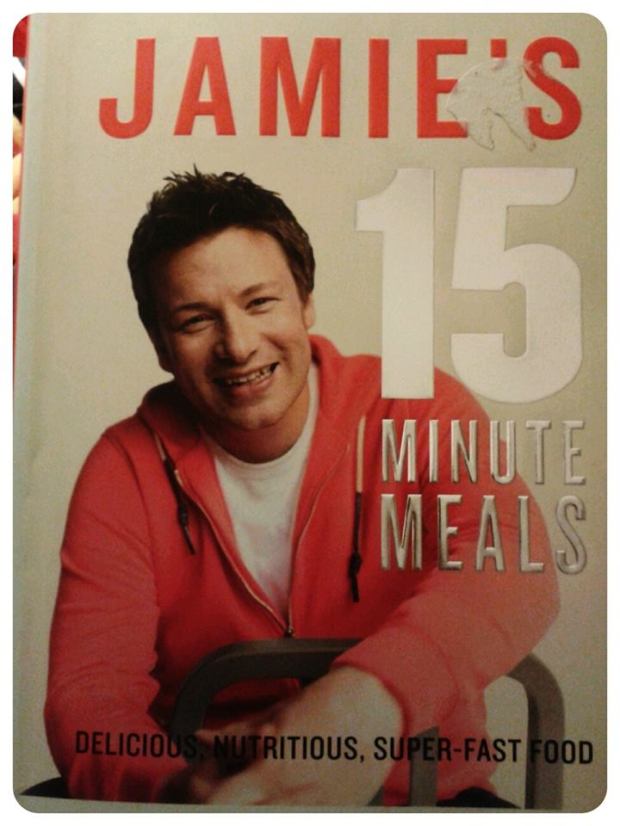